Showing posts from February, 2018
Show All

Midnight Thoughts #7: Part Two — Where is the LOVE? Appreciate the LGBTQ+ Community, Not #tolak Them 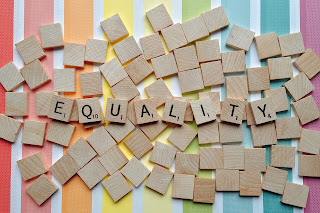 In case you're new here, here's Part One which detailed issues surrounding the LGBT community in 2018 ALONE.

Let's continue, shall we?


According to Conrad and Markers (2001), media construction can influence the public image of homosexuality, how we think about homosexual orientation and how we treat people who are gay. In today's context, this includes the whole LGBTQ+ community.

So what did the Malay tabloid paper did?

First, published a checklist on how to spot gays and lesbians. For instance, if 1) one dress tightly to show off their packs; 2) looking at people instead of working out in the gym; 3) love having 'bros'; 4) love to keep mustache and beard, and 5) wear branded clothes, you are more likely to be gay. Yeap, these people have unbelievable 'gaydar' to spot them and of course, we made headline news all over the world again.

Ps: this is not the first time some Malaysians know how to spot a member of the commun…
Post a Comment
Read more

Midnight Thoughts #6: Part One — Where is the LOVE? Appreciate the LGBTQ+ Community, Not #tolak Them 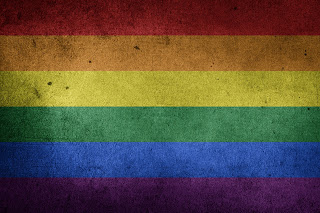 It's 2018 and you would assume our society will be more compassionate, loving and have a better understanding towards minority groups specifically the LGBTQ+ community. BUT things are a little bit different here in Malaysia. For whatever reasons may be, there is an increase of discrimination, victimization against the group and till this very day, they still can't live in peace and continue to be marginalized.
Did some compiling and research so here are some of the major issues that surrounded the LGBTQ+ crowd just two months into 2018, I repeat, TWO MONTHS.
1. Jakim — Nur Sajat Saga
It started when Izwan Yusof, Senior Assistant Director of the Social Branch, Family & Community Development Division ofMalaysian Islamic Development Department (Jakim) wrote an open letter to entrepreneur Nur Sajat on 15 January who believed that she is a 'man'. He wanted to meet Sajat so both parties can understand each other and Jakim is willing to 'help and advise' those wh…
1 comment
Read more 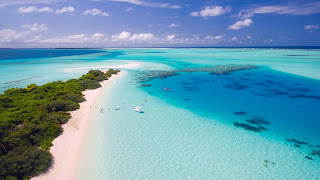 Ahh Maldives, often top the list of best place to visit, a must-go destination before you die, and most beautiful beaches in the world. With her sandy beach, crystal clear waters, astonishing underwater world, it’s not hard to see why Maldives will top all those lists easily. In 2016 alone, almost 1.3 million tourists visited Maldives and it increased another 0.1 million last year.

While we drolled over their fantastic scenery, what about the politics in Maldives? I first learned about it when I met two Maldivians in the bookstore where I interned last July. They actually shared with me what is really going on in their country. “It is a paradise for the tourists but it is a horrible place for us people”. They said.

If you wanted to know briefly about the politics in Maldives before dive right into this article, Amal Alamuddin (George Clooney’s wife) explained it quite well in this video since she is representing one of the key politicians in Maldives, will talk about that later. 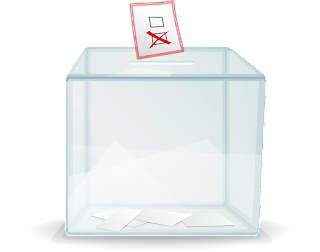 There is a rising trend of people in Malaysia who decided to spoil their votes in the upcoming election for various reasons. They call themselves geng #undirosak. They often explain their doctrine/ reasonings via social media. I initially thought these people were mainly from the Chinese community. Turns out, it was advocated by people across different spectrums (youth in particular) lately and it has been discussed since 2017. They claimed they have no hierarchy or a leader but a common goal, that is to conteng their ballot, or a blank vote on election day.

So what do these people want? While the first two goals are easily achieved, the rest will not be easy, with some might even say the movement is full of rhetoric.

1.Record down their dissatisfaction in the electoral result

Most people unable to understand why people willing to spoil their votes when they have the choice to not vote at all. Turns out, one of the aims of the movement is to record down their dissatisfaction since no…
Post a Comment
Read more
More posts