Showing posts from 2017
Show All

A few days ago, Angkatan Wanita Amanah Nasional (AWAN) wanted radio stations in the country to stop playing Despacito because of its lyrics and RTM with quick action banned the song to play on RTM channels the next day.

Funny thing is, two years ago, I actually did a presentation on "Should the government ban pornography" (I said no) and argued that government should too ban songs with provocative lyrics (the example I gave was Whistle by Florida) since they banned pornography. And boy, the government actually listens to me and ban an explicit song, woohoo!


Also, I wonder how AWAN came to realize the song was raunchy. They love the song, looked up the translated lyrics and OH MY GOD, IT'S SO HARAM AHHHHHHHHHHHHHHHHHHHH and at the same time completely ignored the fact that there are many many English pop trash (or nice ones actually e.g: Ed Sheeran <3) have sexual suggestive lyrics in it too.

Should the government ban the song? Well, of course not. The reason is prett…
Post a Comment
Read more 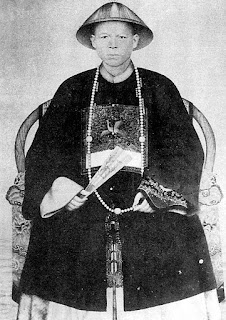 After the news regarding about Yap Ah Loy was posted online, my friend happily tagged me wanting an explanation. I guess that’s life being a history major (lol) and I will actually kupas about it today. The title on the press simply wrote 'Bukan dia buka KL'.


Here’s a thing, in fact it’s a very important one. Before you said yes or no, you have to ask yourself, what is the meaning of ‘buka’? You might laugh and said dude it’s so easy so on and so forth. BUT, in a context about whether Yap Ah Loy ‘buka’ Kuala Lumpur, it’s not.


Dr. Ranjit Singh Malhi actually did a great job while discussing about this issue. Link: http://www.themalaymailonline.com/…/on-the-founder-of-kuala…. So according to his findings, If the term founder, (which loosely translated from ‘buka’), refers to “originator”, “establisher” or as stated by Sharon A. Carstens as “the first important person on the scene”, therefore the founder of Kuala Lumpur would not be Yap Ah Loy (he argued it was Hiu Siew opposi…
Post a Comment
Read more